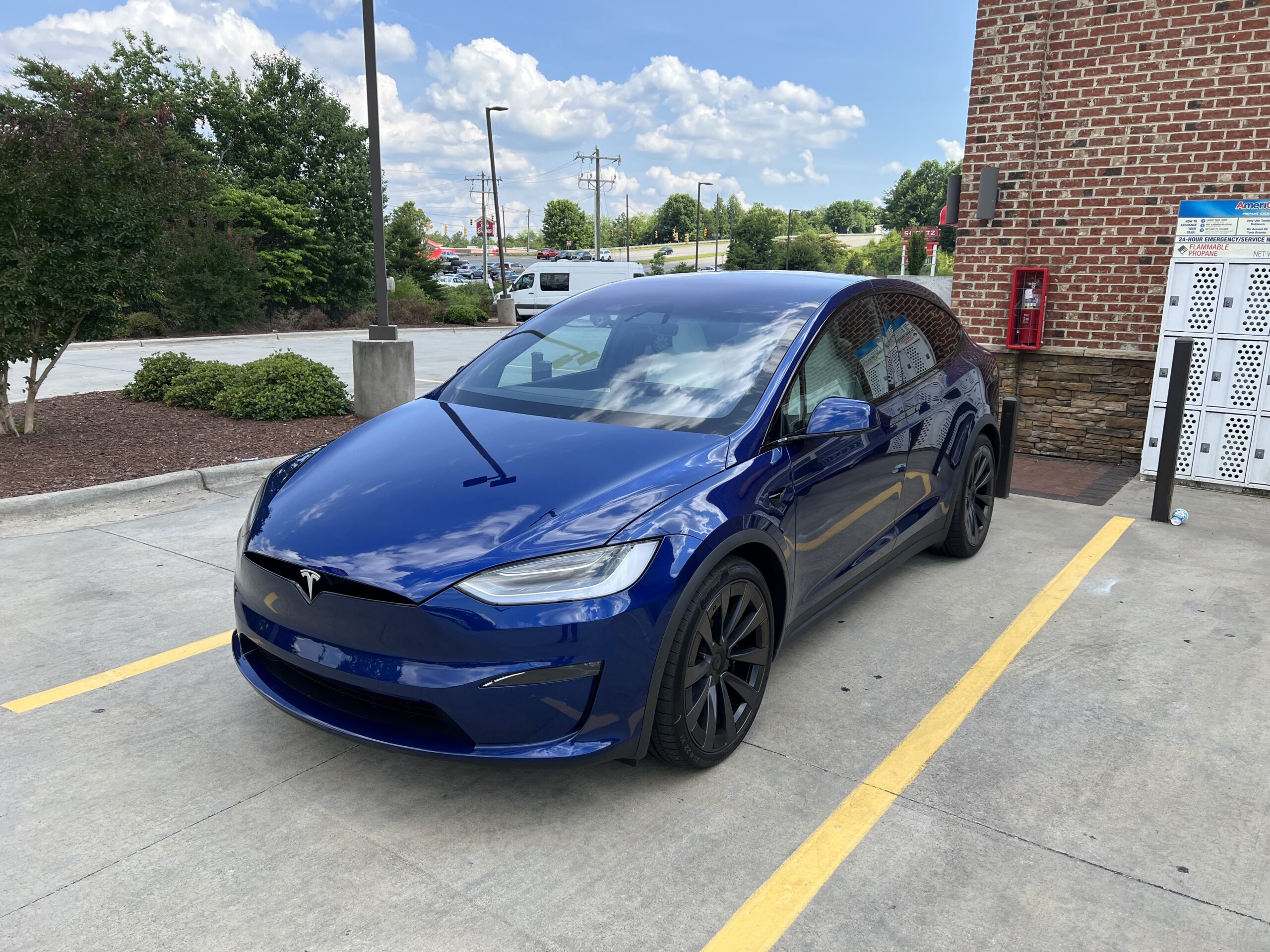 I love my model X, it was a dream car of mine since 2016 when i first seen one… it was the coolest car I’ve ever seen, and i knew i bad to have one.

I was actually surprised that i could even afford it, and a plaid at that.. I waited 15 long months after ordering to get it, and I was so ready!

Back when I bought my Model Y I had heard about people having paint issues, and how they suggested getting PPF installed on the car.. When I got my Model Y I decided to chance it and see how things go. Ive had the model Y over a year, and have had no issues at all..

My Model X however is just over 2 Months Old, and the paint is looking horrible. There are at least 2 huge rock chips on the hood from usual driving, and now a small one on the rear of the car. I’ve never had a car with such thin paint.

I understand that I bought the car to use it, and things like rock chips are just normal wear and tear items.. But I find it increasingly hard to want to continue using this car, knowing how easily it damages and knowing how much money I have tied up in to it.

I’ve considered going down the route of ordering a Grand Cherokee again, maybe by now they have all the bugs and issues worked out.. My Jeep was one of my favorite vehicles, but it had a lot of issues at the time. As far as I’ve heard, they were all Software issues. Which is something that can be easily fixed.

Not to mention, if I could sell the Tesla for nearly what I paid, and order a jeep… I’d have nearly $100,000.00 left over. This would be extremely useful when building my house this winter..

I fully expected that I would get another Model X later on anyway, Because when I took delivery of my Model X, they were just in the process of rolling out Matrix Headlights, which my car didn’t get.. I was fully expecting to trade it for a newer model in a year anyway.. But I may be able to better purpose the money tied up in to it now, and go down that road later.

This is just me thinking out loud. I still absolutely love the car, live the near free cost of travel.. I just have a lot of doubts about it with the thin paint.. I suppose I could always go pay for a major paint correction and PPF and make it last another year, Or I could just drive it and paint correct it before trading it.. Who knows.

One thing for sure I do know though.. If Rivian calls and says my R1T or R1S are available the Tesla is going down the road..