eBay: a breeding ground for scammers and dick heads.

Lately I have been having an unusually hard time selling on eBay.. It seems anymore the only people on eBay are scam artists and Dick heads..

Here is a brief rundown of all the problems I have been having lately..  Of the past 6 sales on eBay, Only 1 has been successful to date. Who knows, That one could demand a refund tomorrow though….

The first issue I had was regarding a Fitbit Alta I have for sale.. 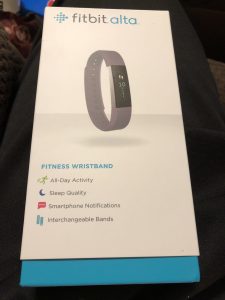 I only include original pictures of the items I am selling to ensure that there is no confusion about what you are buying. Unfortunately I cant get every single detail of the item 100% right because I personally have 0 experience with Fitbits. So for this particular sale eBay included some auto fill information about the fitbit that indicated it had Heart Rate Monitoring, Which I later learned that it did not. The buyer was upset over this, and although I agreed that a refund was in order, I did not feel at fault for this issue.. Nowhere in my listing did I indicate that it was a HR model, nor that it had such capability. it was simply included in the eBay pre filed information.
Regardless of who’s fault it was, The buyer escalated the issue to eBay, who basically told me to pay for return shipping or they’d refund her from my account without any need to return it.. I lost $7.10 to ship her the item, and then was told to pay for the return shipping..
I sent the buyer a First Class return label which cost me around $2.66 But the buyer slapped that label on a Priority box (Which docent seem like it should be my problem) but several days later I received a bill from USPS demanding I pay the remaining amount to cover $7.10 for priority shipping.. Net loss of $14.20 because eBay pre filled the wrong info..

Incident 2 wasn’t that big of a deal. It was for a Jabra Freeway Bluetooth speaker 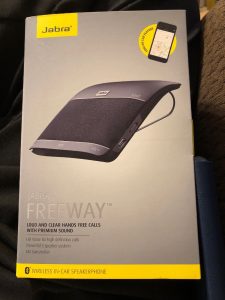 The buyer was an international buyer, and didn’t realize that the shipping on this item internationally was over $30. Unfortunately for me, My eBay account has a limit of how many items i can sell per month.. That limit is 15. Even tho we cancelled this transaction and I refunded the buyer in full, I still lost that one item off my limit this month.. The sale happened on November 1..

The next item was a single Autoharp string Model 36C 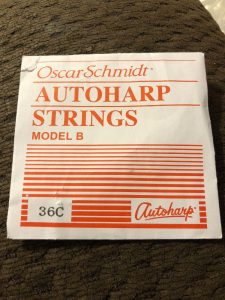 I don’t know the first thing about autoharps.. But this seemed pretty simple to me. It was a brand new string, the package had been opened, but the sting had clearly never been used.. Other auctions on eBay had this single string going for $75. I was thinking this should be an easy profit for me. I listed it for $79.99 (because I always start high, and slowly lower the price to make sure i get the most for it) and it ended up selling at $79.99.
As soon as the buyer received it, He opened a claim on eBay stating that he had purchased 36 strings and only received one.. I can’t imagine what kind of idiot would look at the string SIZE (36C) and think their getting 36 strings… Luckily The buyer was willing to pay his own return shipping and I only lost $2.66 on this deal..

Next an Apple Magic Mouse 2 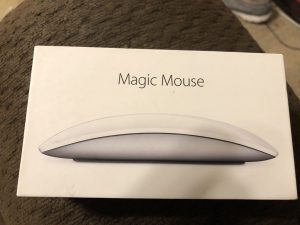 The mouse was a customer return, it had been opened but was still in brand new condition. The charging cable hadn’t even been opened. I listed it on eBay clearly stating that it was an open box, but otherwise was considered new.. As you might imagine from the trend so far.. As soon as the buyer got the item, they demanded a refund because it was scratched.. They included a photo of their lights reflecting off the top of the mouse, claiming the lights were scratches… I examined their photo several times, and still I am unable to find a scratch.. Luckily i was able to convince the buyer to take a $15 refund and keep the mouse.. I still made about $39 Profit off this sale, but not what I was expecting for a $80 mouse..

Again with the strings… 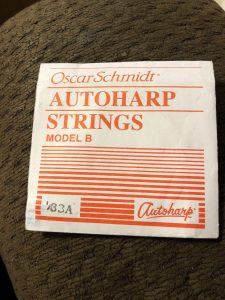 This time its a different string, Because I am at that 15 items per month limit currently, so I have not had the chance to re list the other one yet.. The buyer purchases the item, and minuets after I print a shipping label for the order he messages me requesting that I ship to a different address.. If you’ve ever dealt with eBay and Scammers in the past, You know that if you ship to any address other than the confirmed shipping address is at your own risk.. eBay and PayPal will not stand behind you if the buyer claims they never got it.. So i politely told the buyer that it wasn’t going to happen. If his original address wasn’t valid then I would need to cancel.
In dick head fashion, he immediately got an attitude with me.. Here is the last message he sent me, Which says a lot about his character.

With a brick-and-mortar business it’s too big a risk? Then you’re just too stupid to do business. I am clearly stating cancel it and leave me the F alone from now on. You put those strings down any further and you’re going to be begging people to buy them and here I am trying to buy the damn thing and you want to give me a hard time.

So much for a “Professional business owner” he claimed to be lol.

Im honestly about done with eBay. So far with this Liquidation sale, I am at a net loss of $390.00. Sure I still have quite a few high value items that could close that gap if not profit from.. But without a stable and reliable platform to sell these items on, their about as useless as they were at the Amazon Returns warehouse.

I Decided to try this liquidation thing after watching someone on YouTube who has been doing it successfully, flipping returned items for a profit. Clearly its not as easy as this YouTuber made it out to be.. But when you are making an income off the views of your videos, selling the items really doesn’t matter..